Speak to an Advisor

It is with great sadness that we mark the passing of our dear friend and co-founder, Charlotte Rush Brown, MD, who died on February 4th, 2021.

In the early 1960′ s several New Canaan residents became concerned that an increasing number of their neighbors, many of them long-time residents, felt obliged to move out of town because of a lack of appropriate housing and inadequate support services for the elderly.

With this notion, Charlotte and her husband, Dr. David S. Brown, along with several of their friends and clergy from seven New Canaan churches, established the Interchurch Service Committee to address this issue. These efforts eventually led to the planning of what eventually became Waveny Care Center.

With the group’s perseverance, the Waveny Care Center officially opened its doors on Sunday, April 6, 1975. Charlotte provided many wonderful years of guidance and support to Waveny, devoting hours of time in service to our non-profit.

In 1998 through the Jeniam Foundation, Waveny was able to honor Charlotte and her husband David with the installation of the Brown Geriatric Evaluation Clinic for their role in the founding of Waveny Care Center. They were both thrilled to have the Clinic dedicated to them and wrote in their published thank you letter, “Having our names attached to this undertaking, and then to receive such regal mention for our parts in the environment in which it was conceived and developed, is generosity quite beyond our descriptive powers.”

Charlotte Rush Brown, MD was a true pillar of our community and it was a pleasure and a privilege to know her. Waveny and New Canaan will be forever grateful to Charlotte and will honor her memory always.

We extend our deepest condolences to Charlotte’s children, grandchildren and great-grandchildren, and to all the members of the Brown family at this sorrowful time. 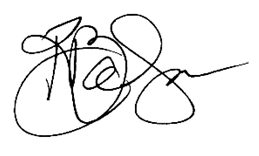 History of the New Canaan Thrift Shop and 2 Locust Avenue

On the Road with Waveny-VNH

For questions about our living options, speak to a qualified representative today, call (203) 594-5200.

Schedule a tour and see all Waveny has to offer you and your loved ones.

Speak to an Advisor